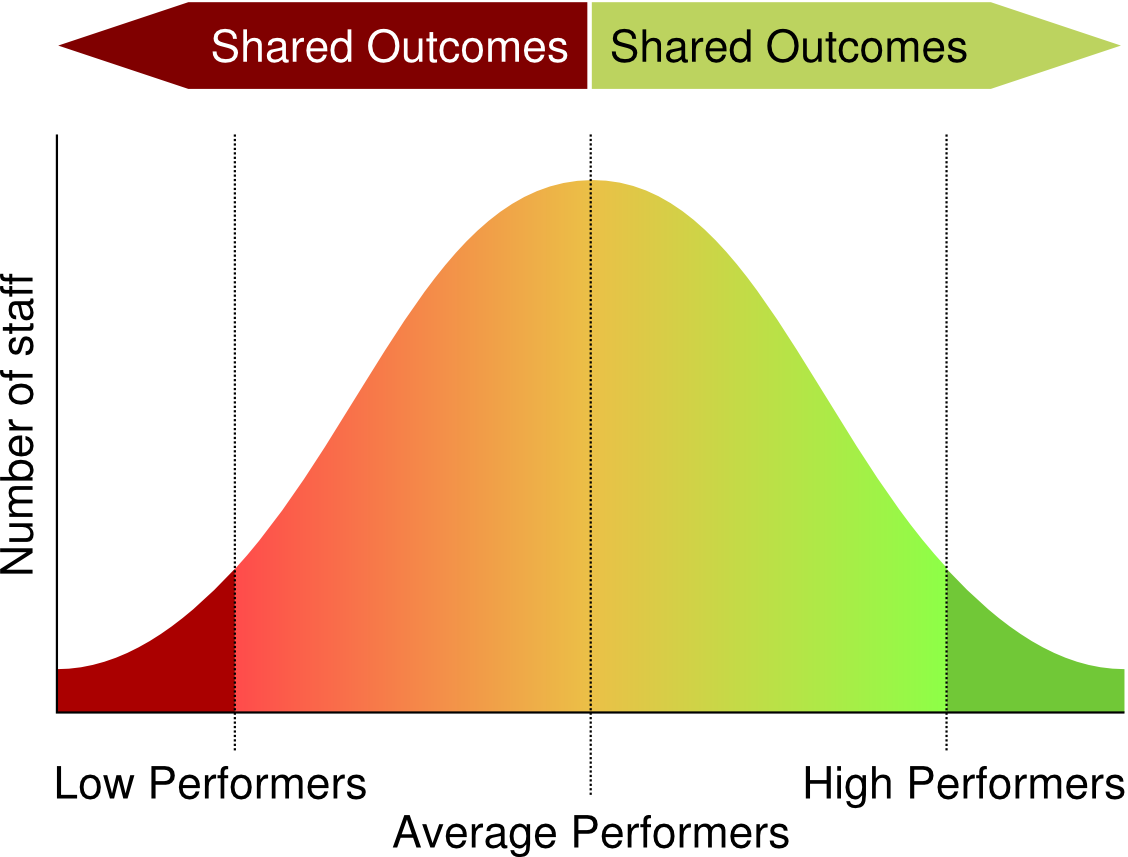 Let's say you have three people in your team; Alan, Ben and Colin.

Ben just ticks along, doing a fine job but needs support. He shows promise, but his performance right now is just OK.

Colin has to be told what to do, and we often find him taking an unofficial break while he 'looks for something in the staff room'.

Alan outperforms both of his colleagues put together.

So if we want to find out what Alan is doing that enables his high performance, do we compare him to Colin? No, definitely not. It's what many people would do, because they think it would show the biggest difference.

However, Alan and Colin are not trying to achieve the same goals, and understanding the high performer's goals is absolutely vital.

At least Ben is trying to do a good job, he just doesn't have the mindset, skills or experience to reach Alan's level.

Alan's goal will be something like the satisfaction of pushing himself to do more. If his job carries a bonus then his goal might be lifestyle oriented. The important point is that his goal is not job related, it is beyond that. High performance at work is a means to an end.

Colin's goal will be something to do with the avoidance of work, perhaps doing something else that he really wants to do. Maybe he likes to spend as much time on Facebook as possible, so he creates situations at work where he can disappear for a while to use his phone. His goal isn't to avoid work, because that's a negative. His goal is to achieve something that means that his work suffers, and because that's not important to him, we see a drop in performance.

Imagine that something happens that requires your attention; a problem at home, illness etc. It takes your focus off work and so your performance reduces. You didn't mean to avoid work, it's just a consequence.

If we compare Alan to Colin, we'll get a big difference in output, but that will tell us nothing about what they are doing differently to achieve that output. When we model a high performer, we need to know what's going on inside their heads.

So we compare Alan to Ben, and what we see is two people with the same goals and intentions - to do a good job - but different attitudes, perceptions and skill levels. They see the world differently, they think about it differently and they employ their skills differently. The resulting difference in performance is an output.

To analyse any complex system, we must reduce the number of variables, so we pin down the inputs - the job requirements and environment - and we pin down the outputs  - intention and performance. The difference is where we find the magic of a high performer.