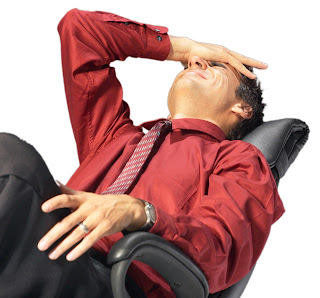 So you've had a tough month? Or a bad quarter?

Awwww. Shame. Terrible state of the economy. Customers not signing their contracts on time. Not paying their invoices. Your best salesperson left.

How sad. Get over it.

Here's the bad news for you:

EVERYONE HAD A BAD MONTH

It's not just you. Everyone screwed up. But that's no excuse for you to make the same mistake as they will inevitably make.

Their mistake will be that they fail to learn from it, and here's why.

We're so obsessed with success that we become fixated on winning. We have to hit sales targets, close deals, sign contracts. And when we do, what happens?

Nothing happens because success was what you expected. And it's what you got. Big deal.

And because you are so focused on success, when you're faced with failure, your natural inclination is to make excuses. It wasn't your fault. It's a tough time. The economy. China. Steel. The EU referendum. The Presidential election.

As K said in the film Men in Black, "There's always an Arquillian Battle Cruiser, or a Corillian Death Ray, or an intergalactic plague that is about to wipe out all life on this miserable little planet, and the only way these people can get on with their happy lives is that they DO NOT KNOW ABOUT IT! "

You're in this situation for one reason only: Because six months ago, you weren't prospecting enough. That's all there is to it. You can't recover from that by scratching around in the dirt. You have to start prospecting and tighten your belt for the next six months.

You will only learn from failure. When you step back from your desperation and realise what you're doing, you might learn enough to not repeat your mistakes next time.

Instead, you'll make a whole new bunch of as yet undiscovered mistakes.

Which is great news. More learning.