You Are The News 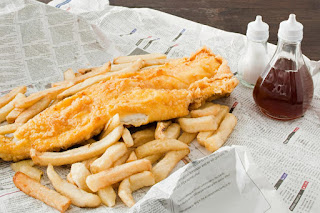 I'm writing this as yet another sexual harassment scandal hits the headlines, this time featuring Hollywood producer Harvey Weinstein. A string of actresses have joined the voices casting allegations that Weinstein was not interested in their acting ability, after all.

Not so long ago, the 'casting couch' was the audition room for a Hollywood career. Today, it's called sexual harassment, and the women involved have changed from being called derogatory terms implying low morals to being called victims.

What has changed in that time, do you think? Does social media make us all news creators, so that these stories are impossible for the mainstream media to continue to suppress?

You can't say 'society's attitudes have changed' because there is no society, only individuals, and if individuals don't talk to each other and share experiences, there can be no change.

During the terrorist attacks in London in 2005, police immediately sealed all the roads in the areas affected. The 'establishment' journalists couldn't get anywhere near, so the news was created by office workers, filming on their mobile phones and giving commentaries to news agencies. The journalists hated it. These people had no training! They hadn't worked their way up from tea boy at the Weatherfield Gazette! How dare they! Yes, they had no formal journalism training, but they had something far more important - immediacy. They were there, they were the eyes and ears of the world.

The rise of the connected society, from the emergence of personal websites and blogs through to today's 24 hour interactive social media, has made us all journalists. Sure, no-one wants to know what you're having for lunch, or what you're wearing, or what your latest hair style is. But a lot of what you experience is interesting, at least to your friends, and once in a while, you'll find yourself in the right place at the right time to witness, and relate, something big, something that affects us all.

Scandals like those we've recently seen involving Hollywood producers, celebrities, sports clubs, politicians, local authorities and even the church are always the tip of the iceberg. The victims don't speak out through fear, either of the public humiliation, or because they would lose the privileges bestowed upon them. As The Human League sang, "Don't forget, I put you where you are now, and I can put you back again".

Through our unprecedented access to the new media, we are all newsmakers.

Go ahead, tell your story. Someone, somewhere is watching, and to them, it's the most important thing they've heard all day.

Peter Freeth is a consultant, coach and writer who is still waiting for his 15 minutes - unless he has already had it?