Learning at Work with Canon 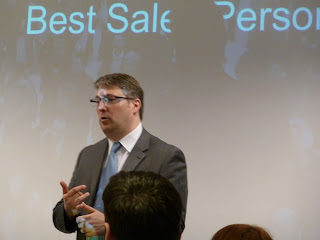 To celebrate national Learning at Work day today, we've been spending the afternoon with sales managers at Canon, sharing the results of our past 12 years of research into the innate qualities of the highest performing sales people.

Everyone joined in and shared some very valuable insights from their own experiences, and five lucky managers won a signed copy of the book, Genius at Work. 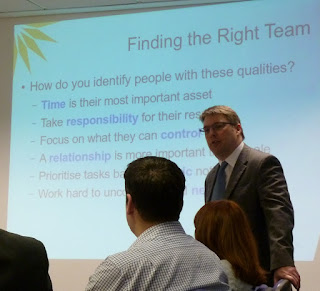 Our research into the underlying thought processes and perceptions of the highest performing sales people shows that they have six consistent secrets which you can test for at interview and also develop in existing sales teams.

It's not uncommon to find sales teams where the number one sales person outsells the entire rest of the team put together. At Canon, the difference between the number 1 and number 2 sales people in a team was similarly significant, with the number 2 hitting 150% to 180% of target, and the number 1 hitting 250% of target. 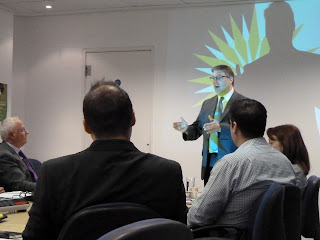 In Genius at Work, I show you how to model high performers, which means getting inside their heads and understanding the unconscious decisions that lead to high performance. If you only copy what you can see, you create two problems.

Firstly, you don't know the difference between what's important and what isn't, and secondly, you can't see what's going on inside the role model's mind. 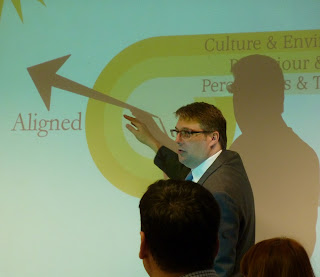 Imagine that you have never cooked anything in your life, but you would like to learn how to bake a cake. You find a chef who always bakes perfect, delicious cakes and set out to copy everything that he does. You watch carefully how he sets out his kitchen table. You write down the ingredients and how he combines them. You note that he stirs the ingredients together. And you carefully observe how he dances round the kitchen, singing, "don't stop me now" using the wooden spoon as a pretend microphone.

Because you have no idea how he bakes cakes, you have no way of knowing which of these steps are important and which aren't. 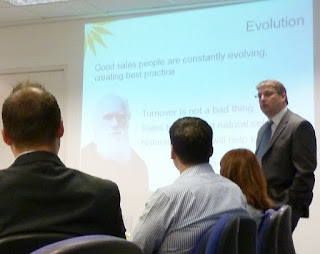 Once you have a little knowledge, you start to make assumptions. You see the chef mixing the ingredients and you don't write it down because it's obvious.

You just write down the ingredients because that's all you need to know. You know how to bake a cake, so the secret must be in the recipe.

Yet, when you try the recipe out, you don't get the same result. 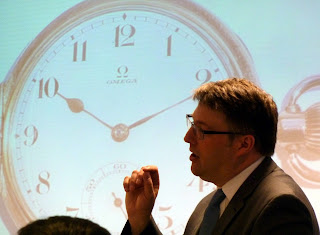 The same is true of a high performing salesperson. She spends the last ten minutes of every day making tomorrow's 'to do' list.

You don't write that down because it's got nothing to do with selling.

When she closes a deal, she asks the customer when they made the decision to buy from her. You don't write that down because it's irrelevant, you only want to know how she closed the deal. You just want her recipe; what she said, what she did. You want a short cut.

Anyone can mix the ingredients and bake a cake. But to create a masterpiece? That takes real genius.

Email ThisBlogThis!Share to TwitterShare to FacebookShare to Pinterest
Labels: Genius at Work, Learning at Work Day