When I model high performers, I compare a selection of high performers with a selection of average, typical performers.
Some people ask why I don't compare the highest performers to the lowest, because surely that would give the greatest contrast and it would be easier to see what the high performers are doing?
This is absolutely not the case, for the reasons I explained in this post (https://www.genius-at-work.co.uk/2014/01/comparing-average.html).
Another common misconception, probably related to our human tendency for attribution bias, is that we regard individuals as special and different, and erroneously believe that their skills are locked up in their heads. Perhaps they were even born that way. You only have to look at the excitement amongst fans when their favourite sports team signs a new 'star player' from another team. The chosen one! He/She will save us!
Again, not true.
In any system, we will see maximum efficiency when the parts of that system are aligned.
Rocket engines are the shape that they are so that they efficiently match the pressure of the engine with the surrounding air pressure. Rockets that launch astronauts to the Moon or ISS have two or three 'stages', because the shape of rocket engine which works at sea level does not work in the upper, thinner layers of the Earth's atmosphere.

In electronic systems such as a telephone network, we have to match the electrical qualities of the different components in the telephone handset, the cable to the exchange, the switches, the amplifiers and so on. If we don't, we lose electrical energy and create heat. This is called 'impedance matching'. 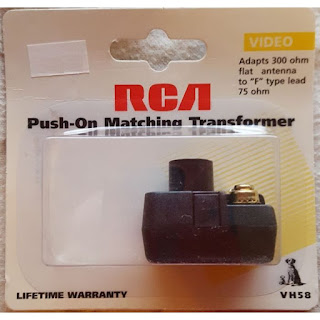 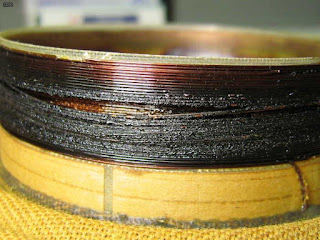 In chemical processes, we know exactly how much hydrogen and oxygen need to combine to make water. If we have too much of one or the other, it will be wasted.
If you're baking bread, more flour, or more yeast, or more water is not good. You have to combine them in the right proportions, otherwise you get something, but you wouldn't call it bread.
When modelling high performers, it isn't really the person that I'm modelling - it's the system in which they operate.
Imagine that you have an employee who is always at work on time. Always. And they always leave on time. They fulfil the requirements of their contract of employment perfectly. Not a minute more, not a minute less.
If your organisational culture has managers coming in early, and expecting their staff to do the same, and if their attitude is "We stay until the job is done" (which it never is) then our punctual employee will be sidelined as being 'not committed' or 'not having a can-do attitude'.
If your organisation has a customer facing premises or runs services to a timetable then you are setting expectations with customers that they need you to meet. Our punctual employee is the highest performer. They are always there to open up, their services run on time, they switch off at the end of the day and are ready, bright an early, the next.
You might say, "Well, that's obvious, in the first role, they were a square peg in a round hole". OK, great. Quantify that. Write a job description for that. Go and hire ten people who fit your 'round hole' criteria.
The recruitment industry has been operating successfully for decades, they must be getting it right. No, they are not. Recruiters focus on quantifiable skills. They say that they look for cultural fit, but they don't know how to measure it, and if they ask a candidate, "Do you think you'll be a good fit here?" what's the candidate going to say?
We are highly adaptive to our environment. Most people will survive in most organisational cultures. But very few will thrive. This is what defines a high performer.
When I'm modelling and cross referencing high performers, the contrast is not only revealing the difference between high and average performance, it is revealing the cultural rules of the surrounding organisational system. These are the rules which will dictate who is naturally recognised as a high performer, the people who do what they think is right, and do what they usually do, and use their common sense, and it turns out to be precisely aligned with what the managers and leaders in that organisational value, with the organisational reward and recognition systems, and with the operational processes and practices. These people 'hit the ground running', they tend to stay in their jobs for longer and they produce great results with little apparent effort.
Modelling high performers has an interesting side effect: Whatever it says on an organisation's mission statement, or its inspiring posters in the office promoting the value of teamwork, the modelling process reveals, not what the leaders want the culture to be, but what the culture really is.
They might not like it, but it is what it is. If they deny it, they are unconsciously reinforcing it, every day, and they have no control over that.
Culture change begins with realistic culture awareness - and acceptance.